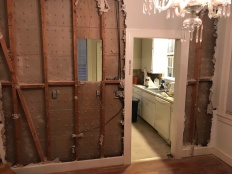 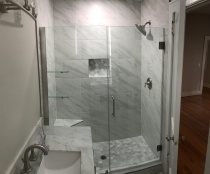 Oddly enough, Ft. Benning felt like coming home.  When I met Bo years ago, I was living in New York City.  Happily I may add.  And my future husband was stationed at Ft. Benning and in the process of completing OCS (Officer Candidate School) to commission as an officer in the United States Army.  I knew nothing about military life, or Georgia for that matter….but he was charming.  So charming.  A romantic idealist that always felt like home to me.  Eventually, I left New York and after Bo completed the coveted Ranger School, I moved to Ft. Benning to join him.  That story alone is a book.  Hopefully one day I will be brave enough to share it.

So here we are.  5 moves later, it’s back to Benning.  Life is quite different this round and thankfully so.  Years ago, I loaded up 2 suitcases, my new car (hadn’t driven in 7 years as a New Yorker), and our puppy Jackson and we moved into a furnished one bedroom apartment.  Now days it takes a moving crew, a large rental truck, weeks of our lives, usually a loan to purchase a new home…and typically a new pregnancy.  But somehow we manage time after time and I swear to never do it again.  Until next year.

This move was a little different.  We are doing our first “flip” and renovating a beautiful traditional home nestled in a Columbus neighborhood.  The house is my husbands passion project as he dives more and more into his real estate ambitions.  As with most things, you learn best by being hands on.  So while Bo is in Captain’s Career training, I’m working for an event staffing agency out of NYC, starting a blog, raising a 1 year old, managing an AirBnb property in Nashville, and growing our family with baby number 2…we are flipping.  Flipping a house.  And flipping out on each other regularly.

It is such a blessing to live this life that I have chosen and we have built.  And although there are growing pains, it is an adventure.  Soon enough the kitchen sink won’t be leaking, the walls will be painted, and our boxes will be unpacked.  Until then, I will remind myself of those two kids that moved in together all those years ago.  Playing house and imagining their future together.  Unaware and naive to the road ahead.  Lucky kids.

One thought on “Back to Benning”

This site uses Akismet to reduce spam. Learn how your comment data is processed.